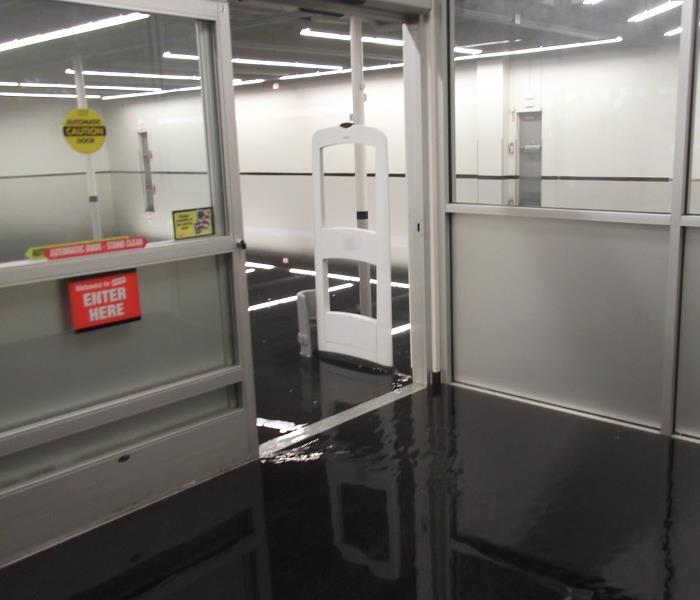 Photo taken after half of the water had drained.

SERVPRO of Sarpy County recently handled a large commercial water loss in Omaha.  The main water valve failed, resulting in an estimated 200,000 gallons of water in a vacant retail space.

We were called shortly after midnight and arrived 30 minutes later to find several inches of standing water throughout the space.  There was so much water, the city had to block the street so we could open the front doors.

Our crews were able to assist the property manager with getting the property cleaned and dried in short order.  Among the benefits of calling SERVPRO of Sarpy County is that we are available 24 x 7 and able to handle losses from a small residence to a large commercial job.